What is Bitcoin? Understanding Cryptocurrency

At Financial Harvest Wealth Advisors, we sometimes get questions from our clients who are curious about Bitcoin and want to better understand cryptocurrency. Should they be investing in it? Is it safe? And the question we’re asked most often, “What is Bitcoin and how do Bitcoin and other cryptocurrencies even work?

Let’s start with the basics.

What is Cryptocurrency? What is Bitcoin?

Conceptualized as far back as 1996 by the National Security Agency, cryptocurrency, also known as crypto, was first created in 2009 in the form of Bitcoin. In the next few years, Litecoin and Peercoin followed and since then, distinctive cryptocurrencies have streamed forward, now totaling more than 6,000 unique currencies, with new cryptocurrencies being added all the time.

“Cryptocurrency” is a combination of the words Encryption and Currency.

Systems of crypto are defined by a set of conditions that generally include that it does not require a central authority, that it follow its own uniquely pre-established guidelines, and that it can be owned, and the ownership can be changed transactionally. Bitcoin, as an example, is entirely decentralized, with no person, bank, or government backing it.

More importantly, cryptocurrencies are never physical. They exist only as computer code—a chain of code that lives on a computer.

The process of decryption of the blockchain of code to earn a Bitcoin requires both an enormous investment of time and mental resources, as well as the use of hundreds or thousands of hours of computer time, all processed through massive computer grids.

Bitcoin specifically has a threshold of 21 million “coins”. Bitcoin “miners” compete, pursuing these coins using thousands of computers computing complex math equations to solve a blockchain. Once solved, the miner, which is typically a corporate organization that has the capital to front the costs of mining, is then rewarded with one of the 21 million Bitcoins. The coin can then be held by the mining organization or sold in the marketplace.

Deeper Dive on the Challenges of Bitcoin and Other Cryptocurrencies

Bitcoin, and all cryptocurrencies, have inherent challenges. The first hurdle with Bitcoin investing comes with achieving decision making confidence in an investment vehicle that is both abstract and complex.

Other measurable challenges include:

Bitcoin as an Investment

When considering cryptocurrencies as an investment, you will want to evaluate them as you would any other investment, looking at your expected return. For example, your expected revenue from stocks, real estate, or bonds are your anticipated future profits, dividends, rent, interest cashflows or other income stream potentially created by these assets.

Are there any future cashflows or income streams with Bitcoin? Not really.

Instead, Bitcoin is more comparable to a baseball card. The card has a value only if, and for as long as, there is someone else willing to purchase it. What that value may be is controlled entirely by the purchaser. But the card itself does not produce any cash flow or utility, nor can anyone reliably project the card’s value in the future.

Ten years ago, no one knew anything about Bitcoin. Ten years from now, the positioning of cryptocurrency may have evolved dramatically. But you are an investor today, and our goal at Financial Harvest Wealth Advisors is to equip you with sound, reliable information to help you make optimal decisions about your finances now and for your secure and thriving future.

As always, we are here for you, as our client, should you want to explore your investment options and strategies in more detail.

Updated 09-22-21 to include new information regarding government adoption of cryptocurrency under item #6. 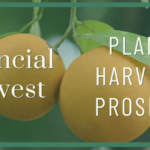 Gain Confidence and Peace of Mind

The team at Financial Harvest invites you to get the answers you need for sound and confident decision making. We invite you to a free, no strings attached, Second Opinion Financial Checkup.
Book a time now